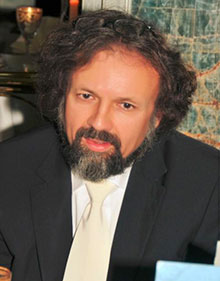 Naser Karmi started his career with Kuwait Institute for Scientific Research and IBM Scientific Research Center. His technical career climaxed as senior advisory role at the IBM DB2 Technology Center, where he served as a chief architect for the Application Development Strategy of the Workstation DB2 Tools. He also was involved in the design and development of several Software projects, including IBM VisualAge C++ family of products, Distributed tools, and IBM CASE. He also served as a chief architect in IBM Client/Server Technology Center.

In his various roles at IBM, he led the development of very strong ties with the research and development arm of IBM in Lexington, Hawthorn and Boca Raton. He has been actively involved in technology research and Innovation Partnership programs with Technology investment firms, and has patented a number of papers and reports that cover the details of Technology transfer.

Mr. Karmi has consulted with many agencies and international organizations including, AT&T, GM, IBM, HP Microsoft, Quebec provincial and Canadian federal government, US Atomic Energy Royal Insurance of UK, University of AlAin and The Arab Bank.

Mr. Karmi has authored many journals and refereed conference papers, including the IBM Center for Advanced Studies. He published two books, one in the Field of Software Internationalization and one in the Client/Server area. From 1994-1997 he chaired the IBM Application Development Technology's Intellectual property.

Mr. Karmi, hold a M.Sc. in Computer Engineering Science from The City University of New York (1981). He also holds one patent and 4 invention disclosures worldwide, all in the field of Object-Oriented Data Bases, and Distributed technology. Mr. Karmi has been awarded several awards from industry leaders including the IBM Invention plaque. Mr. Karmi is also a member of the Davinci Institute, a non-profit futurist think tank that has emerged as a center of visionary thought attracting both a national and international following of idea junkies and business leaders alike.

Mr. Karmi’s contribution to the Academia and research in general is commendable and particularly with the committee for the Advancement of Palestinian Academia. He also been an active participant with the educational field and been a solid contributor to the field of education excellence.

Mr. Karmi’s career spans the Middle East as he effectively contributed with the establishment of the IBM Jordan branch and restructured the professional service sector at the IBM Kuwait line of business.

Mr. Karmi initiated the activity that led to the establishment of the MEDCOMM, Middle East Digital Communications. MEDCOMM is a leading technology and business consulting firm that entrenched the innovative structure of technology implementation and continues to be active in guiding the company’s staff. He has over Forty years experience in technology and IT roles in industry.